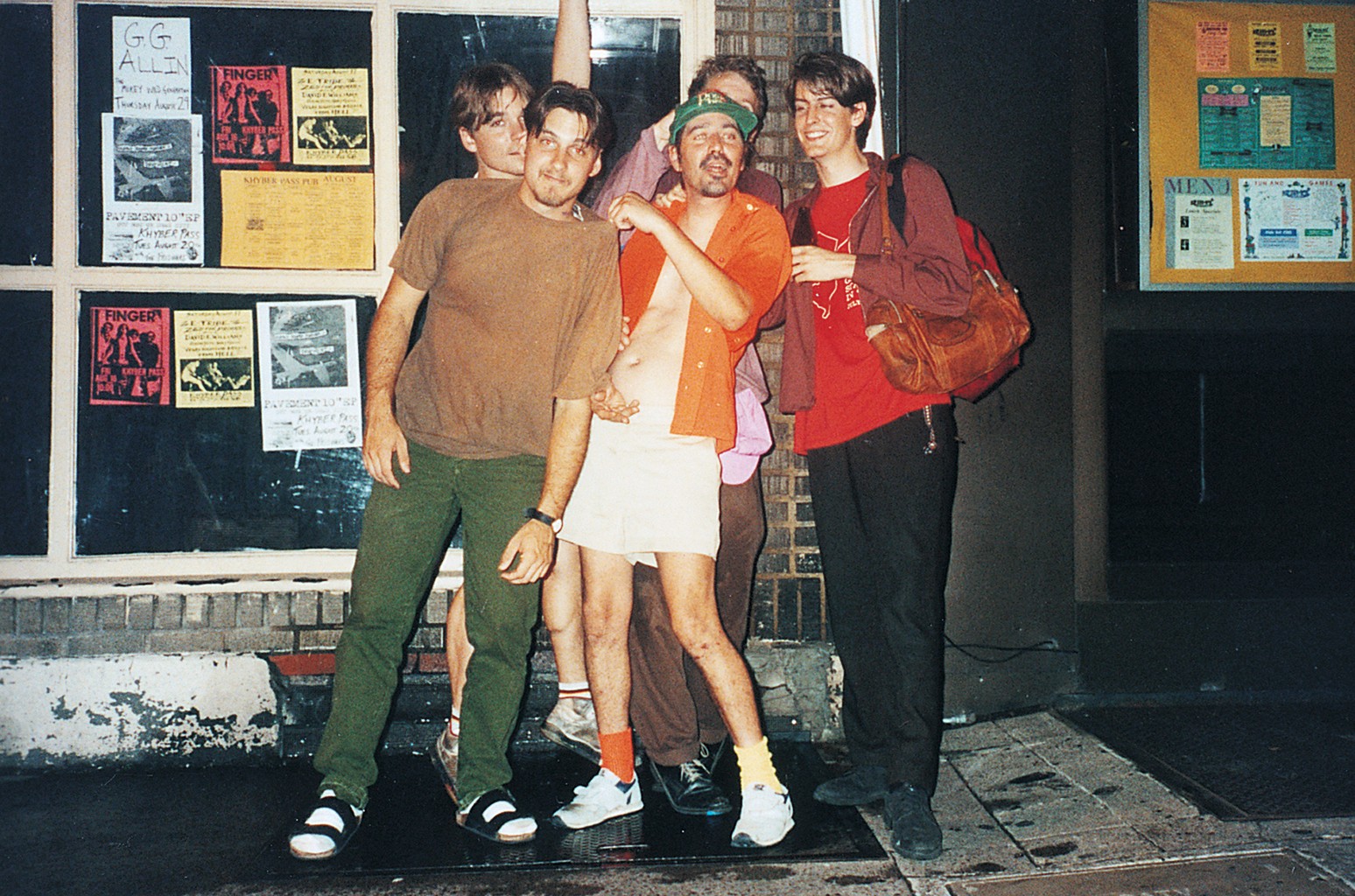 *******
ENGLISH version
(french above)
*******
THE GREATEST BAND OF ALL TIME
I remember the first times I listened to Pavement. Immediately aware of the fact that this band would probably change my vision of music, I first refused to dive into it. And then, the obvious always ends up standing out. Little by little, I have accepted to give this band the space it deserved, until it changed all nooks and crannies of my artistic vision. I had, like Descartes indicated me, to start everything over. All my musical education had just blown out because a single band was just born to my eyes. That’s how, over the months and years, I have thought over each and every one of my judgments in terms of music. Some bands I liked became obsolete, I saw in them all that Pavement taught me to avoid.
Sometimes, on the contrary, Pavement enabled me to appreciate a music I couldn’t accede to before knowing them. The notions of instinct and simplicity had become my keywords. The rest had become goofy, and pretentious. This new vision I had just developed for music has also imposed on me for all the other aspects of my life. The essential, only the essential. Finding the true essence of all my actions has become my leitmotif. Pavement’s music has since guided a great amount of my choices. And will continue to do so for my whole life. How else could it be ?

Pavement. Formed in 1989 in California, Pavement has released five studio albums and numerous maxis. In the end, no other band will ever come close to what Pavement represents. On any level.

Pavement has never tried to become the biggest rock band of the world. Initially, they rose as a response to the eighties music, precisely because they found the music from this decade was so bad in the way it was looking for an image. This isn’t Rock. Rock should never convey a will to reach a status. All the lifestyle surrounding this music is only legitimate when in a passive way. That’s what Pavement expressed. The band has transformed hundreds of thousands of teenagers into rock zombies. It enabled these people to gain access to what they were.
Pavement has eventually given a new definition of rock. It’s wrong to pretend that this band only represented the MTV generation. Of course, its nonchalance can be related to what this TV channel represented at this very time. And of course, Pavement is the first slacker band in history. However, Pavement was not trying to be something, it was not trying to get iconized like the Velvet or Elvis did. Stephen Maklmus is not only the best representative of the nineties generation, he is also the artist who, among all, has best tackled what being young represents. Coolness is always best defined by music and Pavement has, without doubt, set the bar so high that nobody could ever reach it. The band is the first to have reconciled the cheesy of baseball fans and artistic creation. It is the first to have created a bridge between these two worlds, the frat ‘boys on one side and the damned poets of the other. How can anyone reach that once again?
It was a band of many contradictions. On one hand, Pavement was clearly ironic and detached. That’s why the band has never looked after an excessive media covering, that’s why Pavement have never changed their artistic direction. And yet, Pavement was a band of singles, in the way all their songs could be the mega hit of the most famous rock bands in history. Pavement was this band able to find the most perfect and unexpected melodies. There is, in their music, an ironic distance that makes their music so powerful. Each line of every text has a well-defined meaning, a reason for being. Pavement indirectly evokes all sorts of emotions which, in the end, reach us in the middle of the face with brutality.
Above all, Pavement’s music has always remained simple, spontaneous, animal. There was a group of purists which had Jams and Rythms as keywords. In the same time, every time their music came to new ears, wherever in the world, whatever the era, it turned upside down all the codes followed by the scene. And this music also surprised the great world of literature (see Bret Easton Ellis’ love for the band).
When Crooked Rain, Crooked Rain arrived, Pavement was driven by a will to redefine/reinterpret what rock’n’roll was in the seventies, somehow the opposite of what the Punks wanted. Yet, while the album is definitely Pop, how could we not hear the punk spirit in Malkmus’ voice. The Stooges were the first ones to import the idea of detachment in the definition of rock. Pavement has amplified this movement that no one has taken over since. The sound of drums, very sharp, pushes this punk rage that we should all adopt. As for the lyrics, they always confront us with the everyday life of this generation : haircuts, drugs and supermarkets. This mass of MTV culture can still surprise today, but still. Someday, I will get into writing a detailed critic of every LP from the band, the last day of Still in Rock…
And finally, Pavement was a mystical band. The enigma surrounding them originated from different causes. First, the personality of the members, the venues in which Pavement played, the elusiveness of their music, the low media coverage. A bit like Joy Division, Pavement was a mystery, even in the eyes of the scene. It still is. While today, some artists seem to continue in the same vein, we are still tempted to see a well-structured business strategy behind this. Pavement does none of this, because they embodied the anti-establishment better than anyone. And that cynism has alwas pushed Pavement not to make music to achieve posterity. Pavement has always rejected its own influence on the scene. They have never taken pride in it in public. In this respect, the movie/documentary about the band must not be missed, under any circumstance (link). As Pavement say in their song “Cut Your Hair”, “Music scene is crazy, bands start up each and every day”. Yet, the day that band was born would change Music forever.
Pavement’s music was made for its own era, and that sincerity lead to a translation of the spirit of the youths that are and will be, without forgetting to keep its nineties identity. Some sort of universality attached to its era. Pavement’s breakup has undoubtedly marked the end of a generation. It has also marked the end of a time that the biggest music lovers will always regret.
Those regrets are all the more amplified because of the uniformity of a part of the current scene. Many are looking for this image Pavement was rejecting, many want a well-built popularity. Pavement was not afraid of showing its imperfections, a will admittedly born to perpetuate what Kerouac did when he wrote “On the Road” in one go on 36 meters of toilet paper (…). Pavement’s statement was to get as close as possible to how plenary an artistic purity can be. Finally, Slanted and Enchanted (1992), Crooked Rain, Crooked Rain (1994), Wowee Zowee (1995), Brighten the Corners (1997) and Terror Twilight (1999) all reach my Top 10 of the best albums in history. 40 of my 50 favorite songs are from Pavement. But above all, I can’t help thinking of the day I discovered Pavement as a new birth.
Thanks Paul for the translation!
Share
Anachronique/english/Indie Rock/Paul/Post-Grunge
Prev article Next article