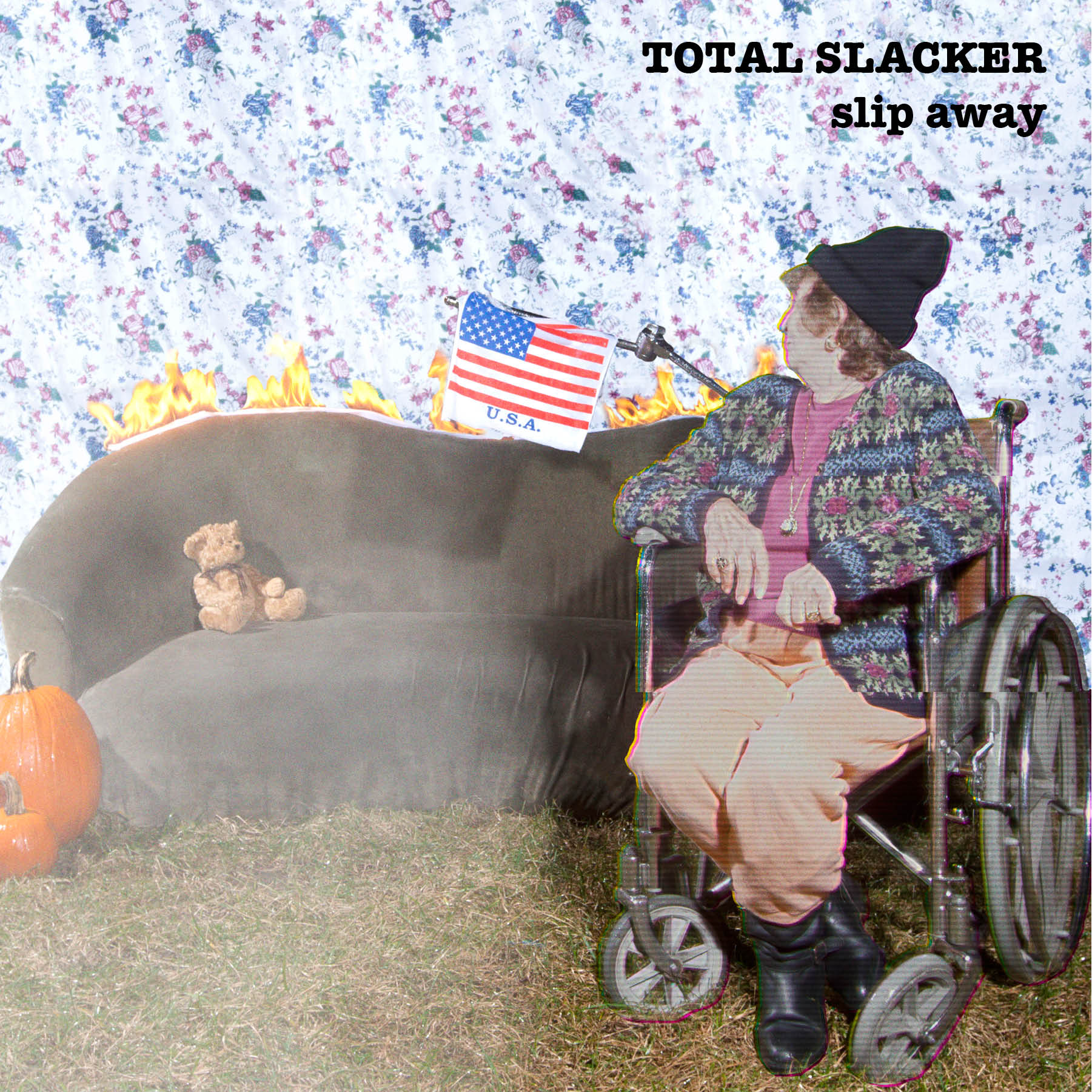 Total Slacker. We called it early that the second album from Total Slacker would be among the best of the year. Let’s cut short any suspense: this album is most definitely in the running to be very best LP of 2014. Yes, I know it’s only March; it’s that good. Released through Black Bell Records on February 11, I can still hardly believe some of these tracks.

While I was listening to this album for the first time just a few weeks ago, I immediately had the feeling that it was too good. I couldn’t even finish. Then, timidly, I eased through the tracks and gradually became furious. Slip Away has now become a way of life for me. This album, this giant album, will hit 2014 so hard that the whole indie scene will bruise.

Total Slacker’s first album had already demonstrated what the band is capable of. Trashin’ was an over-ironic and bright album, and at the time of its release the band had already begun establishing itself as a leader of the grunge scene. But back then we would never have dared imagine something of Slip Away’s caliber. I haven’t felt invincibility oozing like this from an album since Tame Impala’s Lonerism (which was the best album of 2012). The songs on Slip Away are composed of an unstoppable melody, finished off each time with guitar soloing you into suffocation. The whole thing is so dark and deep that it steals your entire sense of reality.

Slip Away echoes the best of the best of grunge: Nirvana, Mudhoney, Alice in Chains, or lesser known bands like Mother Love Bone, Screaming Trees, and Jane’s Addiction. One major difference though is that the songs of Slip Away exist in a sound vortex that I’ve never heard before. It carries something ineffable in its blood. One of the preeminent forces of Total Slacker lies in their sense of irony. The track names, the lyrics, the structures, everything works together to reincarnate the fuck-it spirit of the 90s. The music recalls the best slasher movies, too, of the type that linger so well in the band’s territory. We recall Scream, Child’s Play, Halloween, Friday the 13th, and even American Psycho.

Ask your best friends their opinion of this album. If they don’t love it, quit them forever. Here we find touches of the immortal kind of genius. Total Slacker is a black angel flapping its wings over our heads, over the sincerely-ironic lyrics, and over the whole album, even as it finishes on a new proof of its own perfection.

Total Slacker will be remembered for raising a phoenix from grunge’s ashes. Slip Away is the best album in its genre for many years. I even wonder if Nirvana, the ultimate grunge band, ever produced anything this seamless. Slip Away is indeed in very elite company. The studio quality of the album reminds me too of what Total Slacker is capable of doing live: their show was one of the greatest I have ever seen.

Total Slacker are themselves a kind of apology to the anti-music scene. The kind of band that denounces the new trend in music of being good-looking over all else that you find in the hot bars of Brooklyn. Slip Away is an anti-systemic opus, an indie rock’s indie rock. Slip Away has given us a taste of a truly exceptional vintage. Thanks to it, 2014 is already absolutely masterful. Let’s move on to 2015.

Thanks Patrick for the help,
you’re the man

2 March 2016 By Still in Rock
BedroomMusicNinetiesPost-Nineties