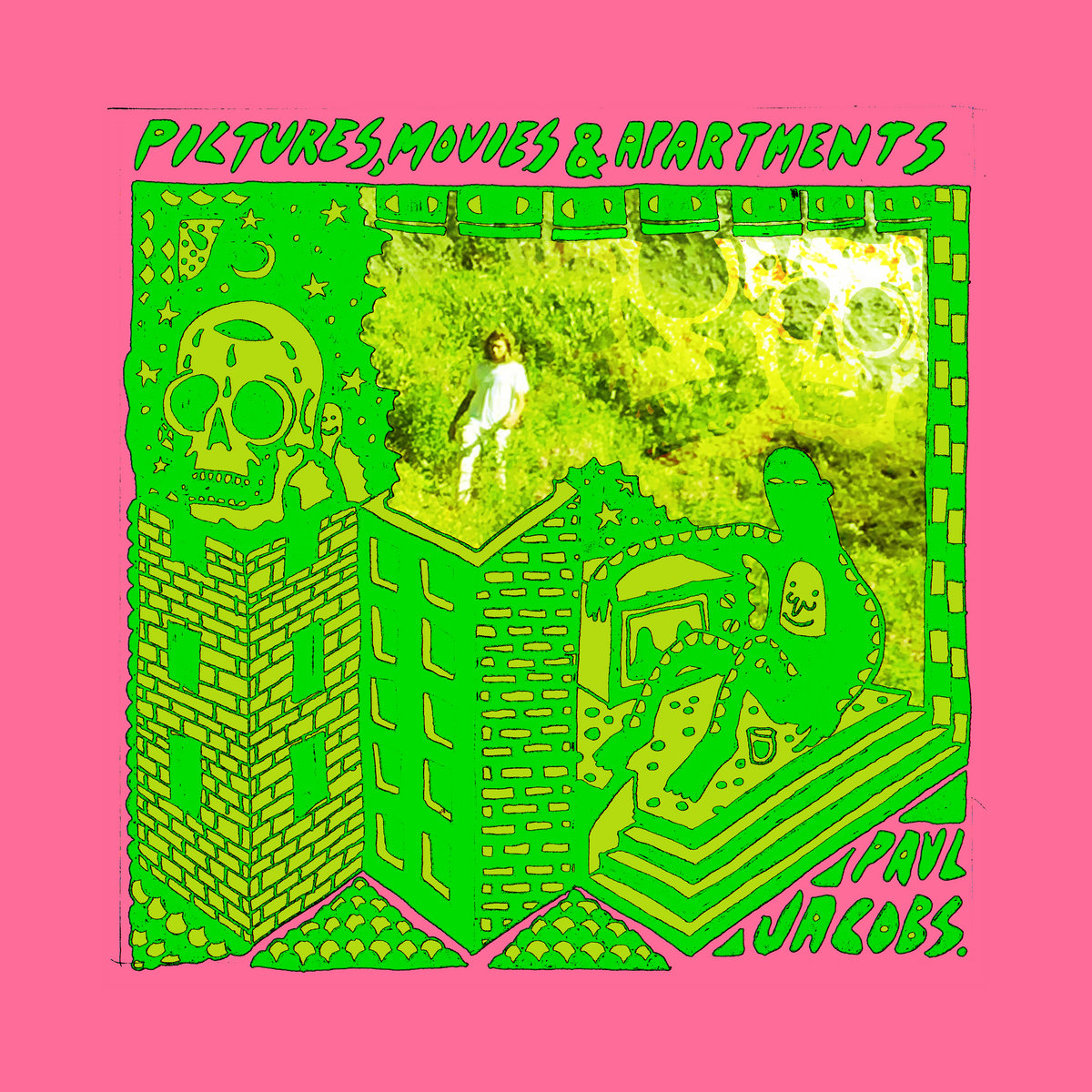 Paul Jacobs is a Canadian artist about whom I have wrote many times. Still In Rock had been chosen to unveil his latest album exclusively, a very dark I’m Into What You’re Into, actually very post-punk. He strikes again with his latest album, Pictures, Movies & Apartments. Without further ado, and because the presentations were already made long ago, let’s get to the track-by-track.

We are reassured from the beginning with “The Image”, a super crooked track, super psychedelic, super dirty, super cool. That’s super?!! “The Image” has a special solemnity of its own, which, let’s say it frankly, gives even more intensity to Paul Jacob’s music. What a blow! Paul Jacobs incorporates an epic aspect to all his first tracks, for the best. “Born In A Zoo” then takes over. First single off this LP, it leads the way to a new sound identity. While this song reminds me of the best of Bigcolour, it shows a somewhat dated romance, something old-fashioned that does the job perfectly and on which Paul Jacobs places his lo-fi filter.

“Changing” sounds pop, yet a new path taken by this Pictures, Movies & Apartments, definitely more varied than the previous albums. But let’s not get mistaken, Paul Jacobs keeps a true sound identity, and we should probably thank Jean-Michel Coutu, who did an excellent mastering work. He takes the side of a well-hidden lover song, with his “But now you’re changing for me, I should have never let this happen” disseminated here and there. The instrumental is rich, the garage world is truly vaster than what 90% of the artists from the scene tend to make us believe. Paul Jacobs is an expert in that field, this track is another evidence for this idea.

“Pics, Movs & Apts”, this is a diminutive, is another song in which Paul Jacob’s voice shows all the world’s nonchalance. You were wondering what a baby of Calvin Johnson and Ian Svenonius could be like? Here it is. For the first time, Paul Jacobs tries out what we could ironically define as a pop ballad. Once again, he is making numerous references to a nineties world in which we were still at the video store on Sunday nights to stare at beautiful Shady Lane out of the corner of the eye.

Then, “Quarter To Eleven” makes this style evolve: very punk, very proto-punk, it gives way to a more cathartic music, which perfectly does the job. We are far from the grandiloquence of the first two tracks, but we are still closer than ever to the best there is in this area. The last minute of the song is a bridge between the two worlds, proto-music and psychedelic, two opposites that get along perfectly in the end. And then, “Your Favorite Number” ends the first side. For once, the last minute is a big mess in which we’re glad to get lost. Hats off to the production.

“Come Over” is introduced by a bit of pop before leaving far, far away. The sound Paul Jacobs has found is so saturated that he gets back to a more over-compressed stage. He swings into high gear in the very end, making “Come Over” a joyful sound explosion. “Words of Wisdom” has hip-hop drums, as if the drum machines from the nineties had influenced him. And then, a very metallic-sounding guitar reminds us of early-grunge, or Total Slacker, it’s up to you. “Words of Wisdom” has an undeniable military march aspect that he pairs with his usual trash universe. This song is one of the huge achievements of this LP. Forget your old The Verve, left to dust in a bottom of drawer, but instead walk the street with this track in your ears, you’ll be as invincible as a 15-year-old kid.

“The Basement” shows its intentions right from the start: this song takes a bit from his last album’s post punk. At the risk of losing a bit of its consistence, Paul Jacobs experiments a more chaotic track that clutches at straws with well-placed keyboards. It reintroduces a mechanical aspect here and there, the overall coherence is kept, it’s perfectly executed.

“All I Need / Want”, is a “kind of special” (my grandmother would say) translation of ataraxic philosophy. See the lyrics: “We’re moving out, Out of the house, Because we’re getting older, I’ve got all I need for now”. Yes, but what else? A new demonstration of the beauty of the sound nightmare Paul Jacobs dives us into, it’s a bit drown into an exceptional album, but let there be no mistake, “All I Need / Want” is pretty damn good.

Then come the 5 minutes of “See Through You”, all that this album could still need. Paul Jacobs had been delivering a semi psychedelic/experimental music since the beginning of this LP, so he had to try a longer track to show us what he’s capable of. We could almost claim that, maybe, Pictures, Movies & Apartments is Paul Jacob’s best album. His very first creations were very raw and minimalist, they highlighted what was best in garage rock, such as the early-Ty Segall. And then, as years went by, Paul Jacobs finally turned to a more meticulous music, a funny texture between psychedelic, punk, and lo-fi-fuzz-a-go-go.

The huge workload given on this sound texture must be respected as such. Too many “garage artists” (yes, it means something…) settle for plugging the guitar and playing as fast as they can. Paul Jacobs shows a lot more. Artists of such caliber reveal the best that this style can hold. With Pictures, Movies & Apartments, it’s precisely as if Paul Jacobs had taken all the fluorescent tints used for the album covers he makes to melt them inside a cast iron pot. The result is unique, here is a 2016 must-have: experimental, melodic, intense, and fun. Everything is there. 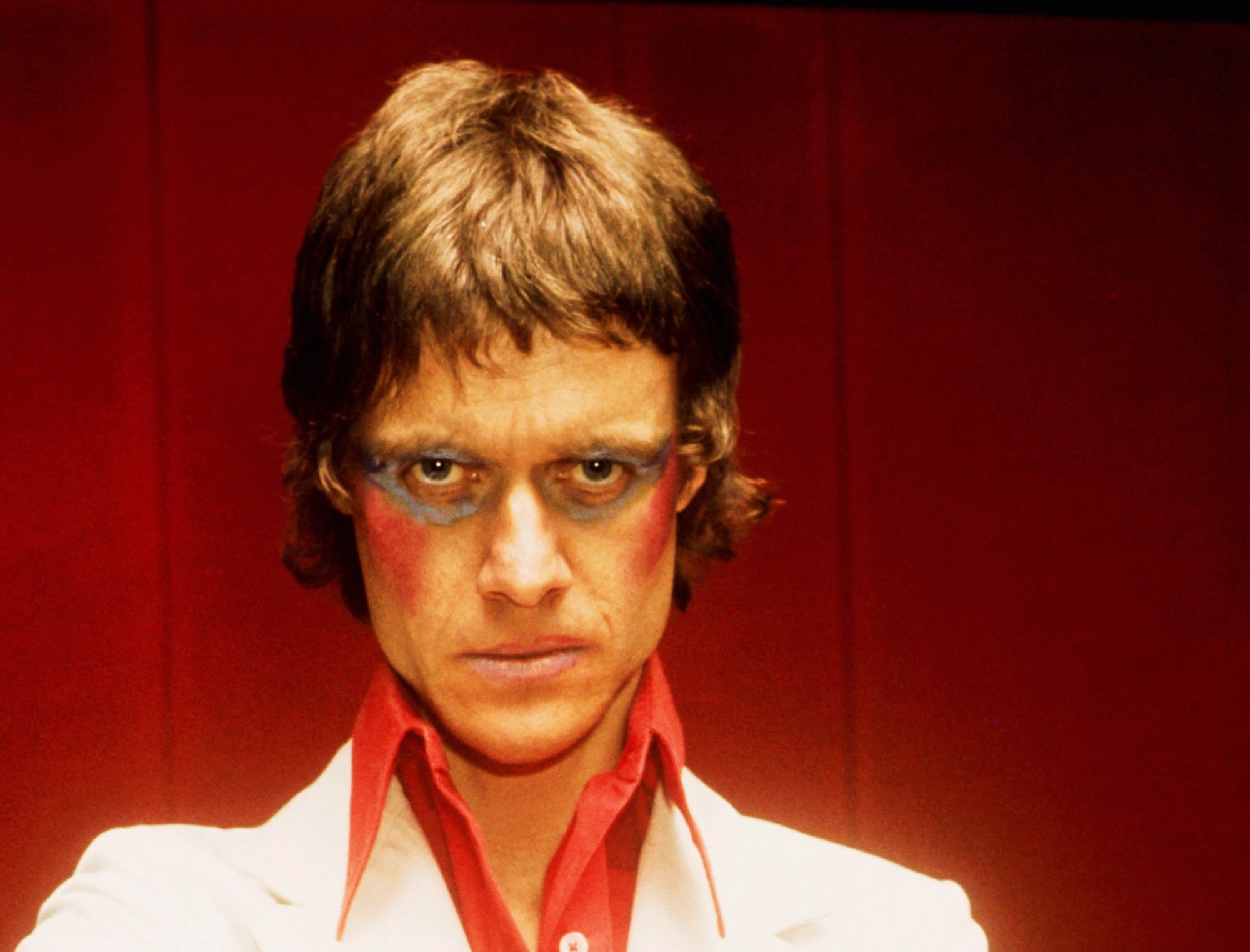