I could not dream better, publishing an interview with The Wytches on Halloween… These wizards from Peterborough have already zombified us with two top-level albums, Annabel Dream Reader and All Your Happy Life. A new one is coming… Daniel Rumsey, bassist and original member of the band, sat down with us and answered some questions about black magic. Inside this interview, you’ll find the guide for a perfect Halloween, some thoughts about the UK scene, about dark rock’n’roll and witches surrounding us.
(mp3) The Wytches – Can’t Face It
(mp3) The Wytches – Burn Out The Bruise
English version

How are you doing?
Very good thanks, just chilling at home not really doing anything.
First thing first, when is your next LP coming out? Do you already have a name for it?
No name yet, we’ve written most of the songs but that’s about it really. Next year sometime though for sure.
You’re part of the Heavenly Recordings family. Who’s your favorite band on the label? Also, will you stick with ‘em forever?
I’d say that Mark Lanegan is my favourite artist on their label. Who knows about forever! Anything could happen but sure we would like to, it’s a great family to be a part of.

(mp3) The Wytches – A Feeling We Get
YOUR MUSIC

Your music exudes an incredible amount of power. Two questions come to my mind about this: is your main goal being powerful when composing music (if not, what is it then), and which other bands inspire you on this aspect?
We try and write the most honest music to ourselves and play it with as much passion. So our main goal is to write songs that we are pleased with and hopefully others will too. Being powerful in a live capacity though is different, we strive to be in that sense. Live inspiration would come from heavy bands like Slipknot (we’d all agree on that) they have so much energy onstage still.

Your sound texture is very crafted. Generally, the most explosive bands retain a certain minimalism (as for the Fugazi, for instance). What is your relationship with minimalism?
Well, as a rule we’ve always said whatever we play must only be played to serve the song and I think we have stuck to that fairly well. There’s never a crazy solo that shreds all over the entire track that would be stupid. It’s about being sensible and minimal I’d say.
“Beehive Queen” has something different, more « desert rock » than other songs. I’m usually not a big fan of it but it works perfectly with you, in fact, it might be my fav’ song of yours. Will you ever compose some more songs in the same vibe, or are you done with it?
Oh thanks! Glad to hear you like it. It’s an old song of ours and we don’t play it often but we have branched out with our sound since then yeah. There are one or two new ones we’ve been writing that do have a similar desert rock feel.

(mp3) The Wytches – Beehive Queen
Here’s one: is death more inspiring than life? (wow)
Well Death is a part of Life!

Are you more influenced by Sonic Youth’s metallic sound or the Cramps’ gore & psychobilly sound?

If I’m speaking personally, I’d say The Cramps…. purely because I listen to them a lot more than I do Sonic Youth. Both great bands though! As a kid I was well into psychobilly and horror punk.

You said in an interview, « we’re not really a psych band ». I can see why but could you further develop and explain what’s a psych band for you?
I think we meant that a lot of bands out at the time had a certain retro image that went along with the whole package and we were getting lumped in with that too. We just wanted to be ourselves. I see psych as music like Jimi Hendrix or whatever. We aren’t that good enough on our instruments, haha.

You are closely related to Halloween, through your name, some creepy sounds and the theme of some tracks you released. Here are few questions about it. Which is:

About this Halloween party, can you tell me more about it? Also, why not composing a song about Christmas so that you get invited on Christmas parties?
Haha, yes as I was saying, yes we do it every year it’s always really fun and we make everybody dress up or they can’t come in. Hmm Christmas song? Maybe next year.

You’re British and I have few questions about the scene in the UK. First of all, what do you think of its actual state?
It’s very healthy I think, there are a lot of good bands coming up from the underground and doing things themselves. Mainly out of necessity but nonetheless it’s a great thing.
You’ve been around for quite some times. How the UK scene evolved over the years?
I guess we’ve been around for about 4 or 5 years and we’ve seen a lot of new bands start up in that time, as for evolution I feel like there was a point where everybody was doing that whole psych garage thing and there wasn’t much originality. But now I feel that there are many bands coming up that are really just doing their own thing and smashing it, especially in the punk style, one example I can give of that is Estrons.

(mp3) The Wytches – A Dead Night Again
Now, about NME. I feel like this magazine is the symbol of what’s happening too often in the UK: a band releases a good first album, then NME talk about it, they make them world stars, it fucks them and destroy them, and it’s over. What do you think?
NME is a complete different thing these days. I feel like when they stopped writing just about music they lost a lot of readers. But I think yeah, they made a lot of bands big through features and stuff, but it should be the band themselves that hold it together and make it work for them rather than relying on an article or some good PR. That’s probably why some bands do just disappear, they get lazy.

Would you say that the US scene is better than the one in UK?
I’m not as familiar with the US music scene really. It’s certainly a great place to go and play, the shows we play there were on par with the shows we do here.
Are you listening to Ty Segall, Thee Oh Sees and other big names like them, if so, what do you think of them?
I actually don’t haha sorry!
Do you feel like the music scene (in general) is (too) PC (political correctness)?
I think that there is a lot of music aimed towards the masses that just ticks boxes these days yeah. But at the same time there are really excellent bands coming through that defy that formula and that’s what music needs.

(mp3) The Wytches – Can’t Show How
TO CONCLUDE
What other contemporary bands are you listening to?
Estrons, Baby in Vain, Creeper, Our Girl, Mush, Preoccupations, there are loads of great new (ish) bands.
How do you imagine your discography in 20 years from now? Do you think about it?
Not really, we always try and just focus on the immediate future rather than that far ahead. I guess it will be filled with a few more albums and a load of experimental EPs.
Which LP is your favorite of 2017 so far?
Alexandra Savior: Belladonna of Sadness.
OK. It’s time for the last question now. We interviewed Bret Easton Ellis (writer of American Psycho) a few months ago and he told us that, in his opinion, “rock’n’roll is dead”. What would you like to answer him?
I’d have to disagree with Bret on that one. It’s never died.
***

Links:
Article on the band latest LP
Link to ALL of our interviews

Dream Machine is the new project of Doris and Matthew Melton. On May 19th, the band first LP will be

EN: Mini Skirt is an iconic band in the making. In 2020, he released Casino, a flamboyant LP at the 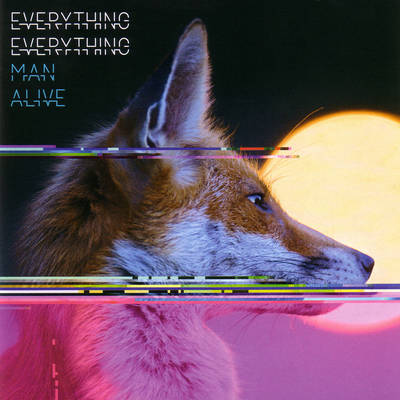