Interview Still in Rock : Larry Hardy (In The Red Recordings)

In The Red Recordings is the label of Ty Segall, Thee Oh Sees, Jay Reatard, Country Teasers and so on… In The Red Recordings is one of these projects that will become a cult classic, one that we’ll discuss in 50 years and will say that back in the days, they knew how to make cool stuff! That is why I’m proud to introduce my interview with Larry Hardy, his boss and creator. Interviewing a label is always a somewhat different exercise than interviewing a band, generally more thoughtful, more analytical. This one perfectly continues our series begun with Burger Records. A big thank you to Larry for the care given to the answers, long live rock’n’roll, long live In The Red!

In The Red Recordings was created in 1991. Are you running it since the beginning? If so, why did you decide to create a label?
The label was actually started by me (Larry Hardy). It’s still me running it, though I have help now. I created the label to put out some vinyl by bands I was really into at the time. Basically, hearing the Gories for the first time made me want to start the label. I asked them and they said “yes” and the rest is history.
What is your relation to other labels? Are you working with some of them? Which ones are your favorite?
Crypt is a favorite label of mine and I’m friends with Tim who runs that label. I have a lot of friends at other labels that I really like. John at Sympathy For The Record Industry, Eric and Zac at Goner, Scott at SS, Bill and Lisa at Trouble In Mind, Todd at Hozac, Richie at Homeless…..
In you should summarize the spirit of In The Red Recordings in ONE sentence, what would it be?
Eccentric rock’n’roll music.

Discogs lists 288 releases under In The Red Recordings. How do you choose the bands? Also, what is the deal you have with them? (if it’s not secret)
I choose the releases based totally on my own personal tastes. If I like it is the only criteria. The deals all vary.
If you should only keep a few albums within all, which ones would it be?
I could never pick. I love them all. That would be too hard.
What was your favorite LP of 2015?
I couldn’t pick a favorite amongst my own releases. The Fall’s Sub Lingual Tablet was an excellent 2015 release.
THE SCENE

The “scene” (if such a thing exists), the one for garage / punk / stoner, is now international yet confidential. The masses don’t even know who Ty Segall is. Do you think there is a glass ceiling for such music, that its spirit is contradicted by the mainstream culture, or do you see it as being an important part of pop culture in 20 years?
I don’t think there’s a ceiling. I think someone like Ty or Thee Oh Sees (or many others) could easily reach a bigger audience. I definitely see it as an important part of the culture regardless of if it receives a wider acceptance or not. Many artists who had lasting impact didn’t achieve mass acceptance.
I’m wondering what labels can do in 2016 with all of the social medias and all of this information which is moving so fast. Do you think that you can do more today than back in the days?
I think I can do more now than I could back in the day. Simply because I’ve been around a long time so I have means and more of a presence. I view modern indie labels kind of like art galleries and the label owner is the curator.
Also, do you think (as I do) that the stoner garage scene is getting closer to the sound of the seventies (black sabbath and co)…? I ask the question because I feel like Meatbodies, Wand, Fuzz… they’re all tend towards this heavy metallic sound… Ty Segall is also wearing make-up…
There’s definitely a Sabbath influence to the bands you mentioned. I see Sabbath sort of like I see the Stooges – I assume everyone loves them. I wouldn’t trust anyone who didn’t.
I think it’s cool that Ty and the Meatbodies are rocking make-up. The ghost of David Bowie should always loom large in rock n’ roll. The 70’s was a great decade for music. I’m not surprised young bands are taking cues from that era.
In The Red Recordings is based in Los Angeles, which is now the biggest punk / garage scene, even though New York was in the early seventies. How do you compare the two?
The LA scene is kind of a new development since a lot of the musicians only recently relocated here. It has made the local music scene an exciting thing for me. I don’t know that it can compare to the 70’s NY scene, though. I think history will tell how they stack up.
Do you mostly work with Los Angeles artists? Is the fact to support your city something important for you?
I work with bands from all over. In fact, working with local bands is a relatively new thing for me. It used to be that all the bands I worked with lived elsewhere. It is a nice change.
There aren’t many girl bands on the label, mostly because… well… garage D.I.Y. type of music draws more guys I guess. Do you think that there is a misogynist problem though not on the label, but into the scene in general? I know some artists have talked about that, including Kim Gordon…
It’s funny you ask as I was just discussing this with the girl who works for me. She’s in a mostly female punk band called Vial who I am hoping to do a record with. We are setting up 25th year anniversary shows for the label here in town and I noticed there are hardly any females on the bill. This really bothers me. When I mentioned this the girl I work with offered that the reason might be that it is mostly dudes who play this kind of music. That is a problem.
I certainly don’t have a misogynist attitude and none of the musicians I work with have ever demonstrated that kind of an attitude. It does trouble me that there aren’t more female artists on my roster. I’d also feel weird trying to correct that by working with someone simply because of their gender.

THE BANDS
Which bands are you the most surprised that they didn’t become more famous?
There are plenty. The Deadly Snakes, Cheap Time, The Dan Melchior Broke Revue, The Ponys. You can never predict who will and won’t become famous. Chance, timing and luck play a big part in that.
To the contrary, what is the most surprising success with the label?
Jay Reatard’s Blood Visions surprised me. I knew it was an incredible record but I didn’t think so many people would agree with me.
Which are the best actual French bands in your opinion?
Loose Heart, Metal Urbain, Warm Gun, 84 Flesh, Soggy, The Dogs, Guilty Razors, Splash Four, No Talents, Volt, Pluton….man, there’s a LOT of great French bands.
When you first released Fuzz, did you know right away that it would be a great success or do you always have fear that it might not?
I honestly wasn’t sure how it would be received. I knew it was awesome but I also knew that some might think it was too “metal”. I’m glad good taste prevailed.
You know Ty Segall pretty well isn’t it? Do you have any upcoming projects with him?
Ty has a new band with Chris Shaw from Ex-Cult called GØGGS who have an album coming out on ITR this summer. It’s really great.
You also released an LP of Country Teasers. Are those guys as crazy as their music is?
No, they’re highly intelligent, level-headed people. One of my personal favorite bands I’ve ever worked with.
You’re also working with Thee Oh Sees. Do you think that it is possible that Ty Segall and John Dwyer will form a band one day?
This question has been asked many times. It’s crazy it hasn’t happened already. I think the fact they’re the two busiest guys I know makes it hard for them to ever schedule anything. I bet it happens some day. It should, anyway.
Lastly, I read that you were friend with Jay Reatard and that maybe some lost recordings will be released one day. Do you still have them?
The only thing I had that was unreleased were several unfinished tracks for an Angry Angles album and I think those are coming out on Goner soon. One very sad thing that happened is a year or so before Jay passed away he lost all of the recordings he had on his computer due to a power surge. All of his demos…everything. God knows how many song perished. Sadly, I don’t think there’s much unreleased Reatard tracks.

Are you selling more vinyl now than years ago? If so, to which percentage?
It’s definitely selling better than ever for my label. And I never stopped doing vinyl. I’m not sure what percentage more is selling now than before. The audience for the music I release has always been vinyl-centric anyway.
The label does some reissues as well (as you did for Reverse Shark Week by Ty Segall & Mikal Cronin). Do you plan on doing some more? Is it a way for you to fight against the fact that there are so many bands right now that we might forget the best ones?
I’d like to do more reissues, but I haven’t had the chance. I have a Simply Saucer reissue coming soon. I also plan to reissue some of ITR’s older titles as well. There’s always great archival releases to be done.
What is the most exciting news related to In The Red?
I guess the fact this is the label’s 25th year is the most exciting thing. That’s just crazy to me.
What is the best question nobody ever asked you? Could you please answer it as well… 🙂
Hmmm…..no one ever asks me what my favorite breed of dog is. It’s a Dachshund.
Alright, time for the last question. I interviewed Bret Easton Ellis few weeks ago and he told me that, in his opinion, “rock is dead“, I quote, “you have to go to country music to find people who are writing pop or rock songs.” What would you like to answer him?
People have been saying “rock is dead” for a long, LONG time now. I can see their point. Everything has been done already. There are only so many ways to arrange and re-arrange those three or four chords. That said, there are always great rock bands going at any given time – you just have to actively seek it out. Some of the artists we’ve discussed here prove that. I’m guessing Mr. Ellis just isn’t looking in the right places. I would think country music is even deader. At least the crap I’ve heard lately.
———
Do not miss the In The Red Night,
on March 26 at Divan du Monde
——— 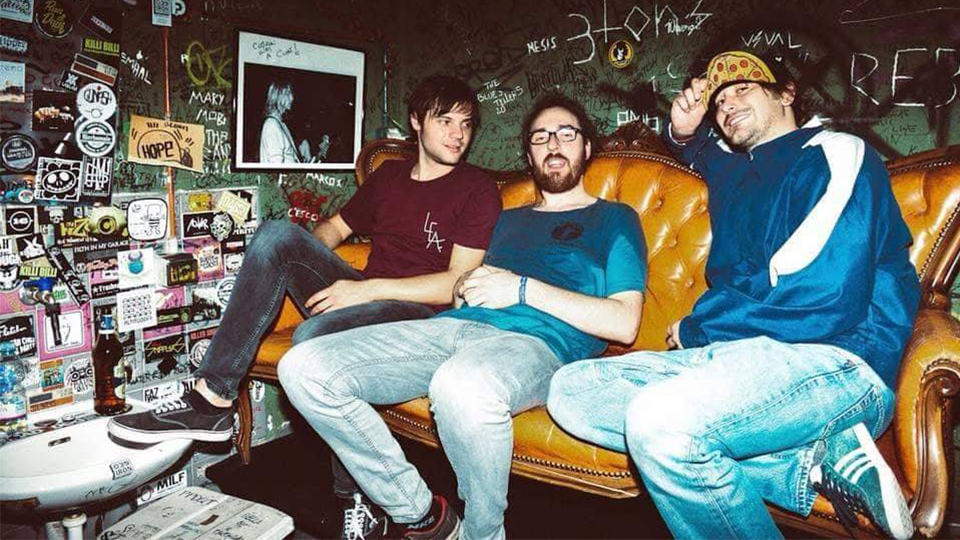 EN: Bee Bee Sea are my best friends, I simply didn’t know it yet. Not only do they play the be 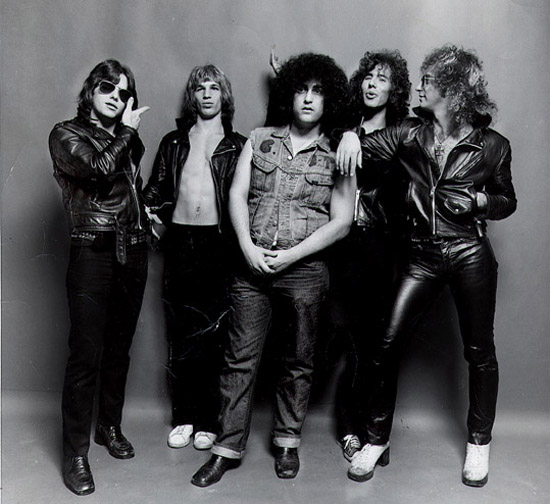 english. There is no better way to start 2016 other than publishing our conversation with a living l